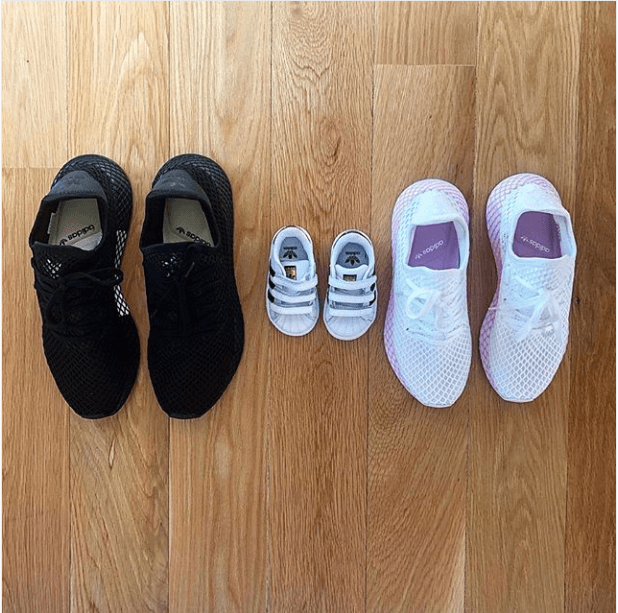 @gemflynn Rich and I are excited to announce we are expecting our first baby later this year. #overthemoon #mcbaby

The couple posted on social media on Friday night: "Rich and I are very excited to announce that we are expecting our first baby later this year #overthemoon #mcbaby"

They posted a tiny pair of Adidas running shoes, along with a men's and women's pair.

Congratulations from fans and celebs have been flooding in from across the country via social media.Gearing up for a match in London versus Australia on Sunday, Gemma McCaw's former Black Sticks teammates have posted their congratulations. "Congratulations Gemma and Richie!" the team said.

Ex-Seven Sharp broadcaster Toni Street said in a comment below Gemma McCaw's Instagram post: "Yeeow! Best news Gem, so excited for you and Rich. 2018 is a great year to have babies."

Laura McGoldrick, who is also married to Black Cap Martin Guptill, said on Instagram: "Congratulations! What exciting news. It is the best!"

​The McCaws married in January 2017 in a top-secret ceremony in Wanaka.

She played 246 matches for New Zealand and scored 71 goals after making her international debut in 2008.

The hockey star won silver and bronze medals with New Zealand at the 2010 and 2014 Commonwealth Games in Delhi and Glasgow respectively.

Richie McCaw played a record 148 tests for the All Blacks and is the most capped rugby player of all time.

This week, he admitted he was content watching from the stands, but did miss playing with his Crusaders' team-mates in Super Rugby.

"There's a little bit [of me that misses it] that sits there, but you get past that and I just enjoy seeing the guys carry on and keeping the Crusaders top of the list.

"Part of you would like to be out there but I can't do that anymore. I just try to enjoy sitting and watching like everyone else."